The world’s greatest wonders… in decline

Heritage must be preserved, or at least it should be. The current situation however it quite different, with some of the world’s most precious (and fragile) heritage sights slowly giving way to ruin and age. Some key sights which shed light on the past will be gone before we know it.

The ruins of Pompeii

There’s a lot of talk about this historic sight but little is being done to protect it. A plan, launched by the EU, last March was made to allocate funds for the preservation of these important archaeological ruins. In the mean time another wall has collapsed and the longer the project takes to get started the worse the damage. The plan? A €105 million restoration project which will employ up to 20 technical experts to maintain security at the archaeological site. Now that the funds are available let’s hope that Pompeii can be preserved.

The studies don’t exaggerate when they say that Italy’s famous lagoon is slowly sinking, a little more every year, making it more difficult to find dry ground when the tide rolls in. But rising water levels and a sinking city are just the beginning of Venice’s problems. Much of the city remains unprotected and in the meantime tourists arrived by the millions every year. At the same rate the local Venetians are leaving by the droves, tired of the constant flow of foreigners. Some say in a mere 30 years there won’t be any Venetians left in the city, a ghost town, an Italian theme park for tourists. Sad, isn’t it?

The Taj Mahal could collapse

Apparently the problem with the Taj Mahal lies solely with the nearby Yamuna River that flows nearby. The increasing water level could be the reason for the foundations, which are made of wood, to slowly rot. In recent years the situation has become critical according to Ramshankar Katheria, the supervisor for the conservation of the monument, “If the problem is not addressed immediately, we can expect the Taj Mahal to collapse in the next 2-5 years.”

The fall of the Wall

The Great Wall of China, whose construction took a whopping thousand and a half years (the first stones were laid in the 3rd century BC, the last during the Ming Dynasty), is slowly crumbling. The wall is walked on by an astounding 10 million tourists a year. This takes a toll on the wall and its surrounding environment. Litter left over from negligent tourists, graffiti and of course those who want to take a piece of the wall home with them. It’s not just tourism though, the massive construction that spans 5000-6500km is entirely unprotected. In 2009 a nearby mining incident caused 100m of the wall to collapse.

The Dead Sea is… dying

More of a lake than a sea, the Dead Sea lies at the lowest point of the earth: 400m below sea level. It owes its name to the very high level of saline in the water, about 34% (10x more than the Adriatic Sea just to give you an idea). The water is so salty there’s no chance for anything to live in it except for a few microorganisms. The truth is that the Dead Sea is disappearing, drying up. Over the past thousand years the Sea has lost a depth of almost 200m, mostly due to the scorching summer temperatues (up to 45°C) and little rainfall. Add to that the major exploitation of the Jordan River to irrigate fields, the Dead Sea’s major water source.

The list goes on, it’s far from being exhaustive. Just think of the icebergs in the Arctic and Antarctic, the Amazon rainforest… effected by the world’s changing climate and deforestation respectively. Before long we’ll need to draft up another list but for now this should be enough. 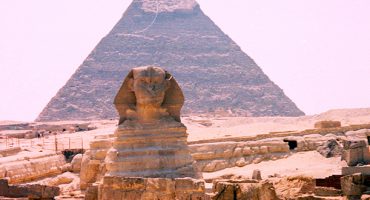 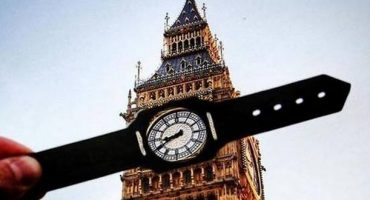 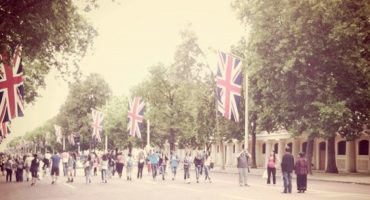