As the saying goes, “The world is your oyster,” and being in a wheelchair shouldn’t stop you from travelling the world if it has always been a dream of yours. Pack your bags, oil your wheels and print out your boarding pass. We’re taking a tour of the world’s most wheelchair-friendly cities.

If you’d love to travel the world, don’t let your wheelchair be a hindrance. There are many cities around the world that are more accessible than you may think. The Continent is a great place to visit, especially cities that were heavily bombed in WII. Berlin and London for example have few cobblestoned pavements because of this. The USA is probably your best bet though for smooth sailing (or wheeling).

Here’s a little guide as to why these cities are great cities for travellers with wheelchairs. Plus, don’t miss the travel tips at the bottom of the post.

Paris – While the City of Lights doesn’t have the reputation for being accessible, in recent years the city has been very aggressive in changing this. The city’s metro rail system is easy to use for travellers in wheelchairs. Around 50 stations are barrier-free while Metro Line 14 and RER are completely accessible.

Munich – German efficiency meets Bavarian charm in this city. Transit here is nearly 100% barrier free and more than 90% of the city’s U-Bahn (urban trains) and S-Bahn (suburban trains) are wheelchair accessible. As for barrier-free attractions, try the Englisher Garten, the old Frauenkirche, Olympic Park and the BMW Museum.

Berlin – Like London, Berlin’s public transportation system is very easy for wheelchair users to ride. There are more than fifty stations scattered around the city and if there’s no station near your hotel in Berlin, most buses have ramps at both the front and the rear doors.

San Francisco – Wheelchair users may be a bit hesitant considering all the hills in this northern Californian city but the city’s three transit providers are almost completely barrier free. Unfortunately the city’s famous cable cars aren’t wheelchair accessible. Alcatraz is easy to visit and AT&T Park is the country’s best baseball stadium for wheelchair accessibility.

Boston – Take a trip to old American with a trip to Boston. The Freedom Trail is accessible its entire length start at Boston Common and passing Paul Revere’s house and Faneuil Hall. The city’s T subway system is one of the oldest in the USA so parts of it are not accessible, especially on the Green Line.

New York City – The Big Apple is a great city to visit and travellers will find it much easier to fly into JFK and board the AirTrain to the subway instead of La Guardia where you’ll need to take a taxi, shuttle or bus. The majority of the city’s subway system is not wheelchair accessible but main stations are like Grand Central, 72nd St., Yankee Stadium and Brooklyn Bridge, among others.

Since first publishing this post, we’ve discovered Accessible Dispatch, a taxi service in New York that is completely wheelchair-friendly and costs the same as any other city taxi. Hail your cab by calling 311 or ordering it online.

According to one online forum, Asia didn’t get too many reviews for being too wheelchair accessible except for Taipei where one user commented,

Maybe not all of Taiwan, but we were really struck at how stroller friendly Taipei was – especially compared to Tokyo. Realize wheelchairs are different, but when our kid was younger we got very used to lugging him and his stroller up and down stairs when we travelled. I don’t think we had to do that once in Taipei.

Australia was also mentioned as a possible destination. Some trams in Melbourne are wheelchair accessible and it is easy to order a taxi cab that are wheelchair-friendly with cabbies who are usually friendly and helpful.

Have you ever travelled abroad in a wheelchair or with someone who has? What were your experiences abroad or in any of these destinations? 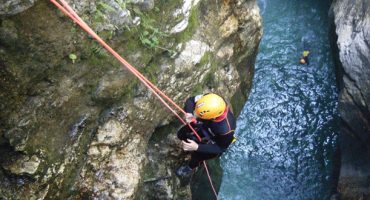 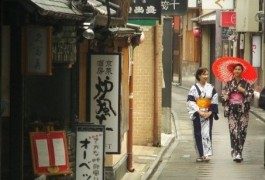 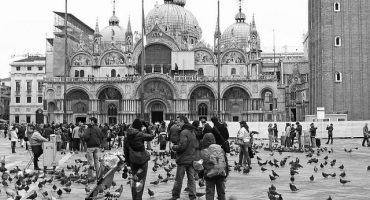 7 responses to “World’s most wheelchair-friendly cities”