For those of you who don’t speak Deutsch, Mateja is the German content writer here at Liligo HQ in Budapest. Out of all of us, she’s probably the most alternative traveller, making her way around the world hitchhiking and couch surfing. We caught up with her over lunch to chat.

Hey Mateja, can you introduce yourself?

I am the editor of the German Reisemagazin on liligo.de and I have a hard time answering personal questions. On my couchsurfing profile I put a picture of my second-hand kitchen table and chairs with a poster of Kurt Cobain on the wall as my personal description. I think that says enough about me.

Where have your travels taken you so far?

Basically my passport is almost empty since I’ve only really had the chance to travel in Europe. Thank you Schengen Agreement! Here’s a full list in alphabetical order (so as not to play favourites): Austria, Belgium, Bosnia and Herzegovina, Bulgaria, Croatia, Czech Republic, France, Germany, Greece, Hungary, Iceland, Italy, Morocco, Netherlands, Romania, Serbia, Slovakia, Slovenia, Spain, Turkey and the UK.

What was your last destination?

I almost said Barcelona, but then I remembered I have been to Linz in Austria for a concert a couple of weeks ago. But those were different priorities.

And your next destination?

Difficult to answer. I don’t have any fixed plans for this year yet. Maybe London, Cullera or the Baltic states. Or one of the neighbouring capitals depending on the next good concert.

Do you prefer traveling alone or with friends? Why?

Alone. Why? No arguing, unnecessary discussions, difficult compromises or letdowns. The only problem, in that case, is that I don’t have anyone to ask strangers for directions, instead of me. I like to avoid those simple, and many times, unavoidable travel task.

You have visited a lot of European countries, but you are always talking about Iceland, why? What does this country have that makes it so special (apart from Sigur Rós)?

Despite all the cultural richness and musical geniuses the island possesses, it is still (just) a bunch of little towns and a lot of nature. I think it is the idea of isolation that attracts me. The spectacular landscapes can have a really calming effect on a person. But I could never live there. I think that would ruin all the magic.

You are a pro in couchsurfing, what would be your best advice for a beginner? What are the advantages of the couchsurfing in comparison with a hostel/hotel?

I would say the main advantage of Couchsurfing is the much more personal experience of a city compared to a hostel. The problem is that with the recent User-Boom there are many, who don’t understand the initial spirit of the “movement” anymore. They think its just about saving money or an easy way to get laid. So if you want to join, make sure you don’t fit that group.

What was the funniest coach surfing experience you ever had?

There are far too many. Maybe the time when I was in Bordeaux and we went on a road trip to Arcachon with my host in the trunk of the car, as we were one person too many in the car. There was another time I babysat the little sister of my host in Marrakesh. Well, she was basically babysitting me, a preschool girl leading me by hand trough the suburb streets of the city. Or when my current flat was passed on to me by one of my couchsurfing hosts. One day she just wrote to me: I know you liked the flat and you wanted to move here. We are moving out. Do you want it? Perfect! I also met a couple of my long time friends through couchsurfing.

I know that you also have hitchhiked several times, tell me some funny stories!

It’s difficult to think just of one. Let’s just say the first that pops into my mind is this one. During my student time I used to hitchhike between my university city and home. It was in the winter, and cold as hell. I was picked up by a guy, who told me he stopped just because he was thinking I was one of his friends. That’s how I discovered I have a Doppelgänger somewhere out there. There are also so many stories about driving in the trunk or meeting interesting hitchhiking acquaintances…

What country is the most hitchhiking-friendly?

I would say the Balkans and Eastern Europe. It’s easy to get a lift there though many people would argue about the safety. Iceland is considered hitchhiking-friendly too. But I wouldn’t like to be stuck in the middle of nowhere in a snow storm with one car passing every three hours.

Last question: I know that you love music, what songs do you love to listen to while travelling?

There are so many, depending on my mood and destination. The last thing I discovered is poetry reading. I have a folder with some of my favorite poems that don’t take too much space. That’s the only thing that I keep on my iPod all the time. My music favourites are always changing.

Want to read more about the liligo.com team? Our team loves to travel… obviously, and have plenty of travel tips, destination advice and stories to share in our series of liligo interviews right here on the blog. 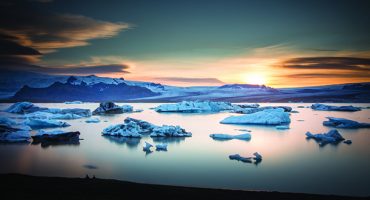 Why now is the best time to visit Iceland 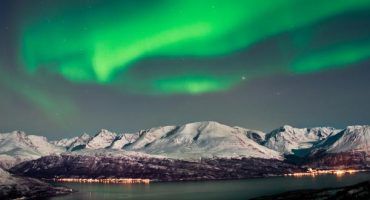 Everything you need to know about the Northern Lights 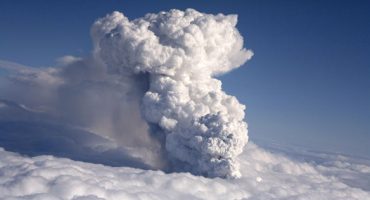 Iceland’s volcano stirs up travel plans, grounding all flights in the UK