Big wheels, big views! Ferris wheels are no longer carnival fare, they’re big ticket tourist attractions and we’ve rounded up the tallest, biggest and best observation wheels around the world. Are you brave enough to ride them over the top and down again?

No sense starting out small, the Singapore Flyer is the world’s largest observation wheel. The capsules rotate as high as 165m above the ground, offering the most amazing views of the Marina Bay and even glimpses of neighbouring countries like Malaysia and Indonesia! There are 28 capsules that seat up to 784 passengers at a time. You can even eat dinner while you’re up there, arranged in an advance of course.

How could we leave out our very own London Eye? It’s the world’s tallest cantilevered wheel with an impressive 32 capsules that rotate 135m up in the air. The Eye can carry as many as 800 passengers at a time! On a clear day, you can see as far as 25 miles away. Can you believe it’s the most popular paid tourist attraction in the UK? Approximately 3.5 million take a ride around the wheel every year.

The ferris wheel at Chicago’s Navy Pier was modelled after the world’s first ferris wheel and was built to celebrate the Columbian Exposition in 1893. There are 40 capsules which seat up to 6 and offers quite amazing views of the city’s skyline. It operates year-round but you can bet it gets pretty chilly up there in winter!

Austria’s most famous ferris wheel is located in Vienna and was built to commemorate the Golden Jubilee of Emperor Franz Josef I all the way back in 1897. The Second World War wasn’t easy on the wheel and following quite a bit of damage, it was restored in 1947.  15 capsules rotate at a slow and steady 2.7km/h around the 65m tall ferris wheel offering up spectacular views of Vienna. Recognise it from the James Bond film The Living Daylights?

At 27m tall, Santa Monica Pier is home to the world’s first solar-powered ferris wheel and offers passengers open-air views of the ocean and pier. It’s just spectacular and all the better at sunset. The wheel is outfitted with no less than 160,000 LED lights that shine in the evening, creating the most spectacular light show. What a treat for your holidays in the US.

Which ferris wheels have you been on? Which ones would you love to go round on? 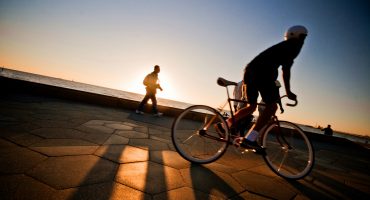 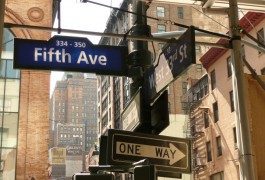 Confessions of a shopaholic: 10 priciest streets to shop in the world 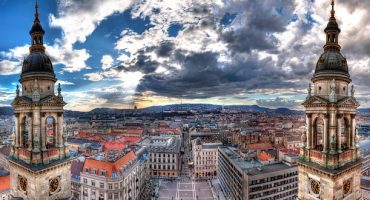 Gäubodenvolksfest: a celebration of beer

One response to “Round and round: world’s best ferris wheels”